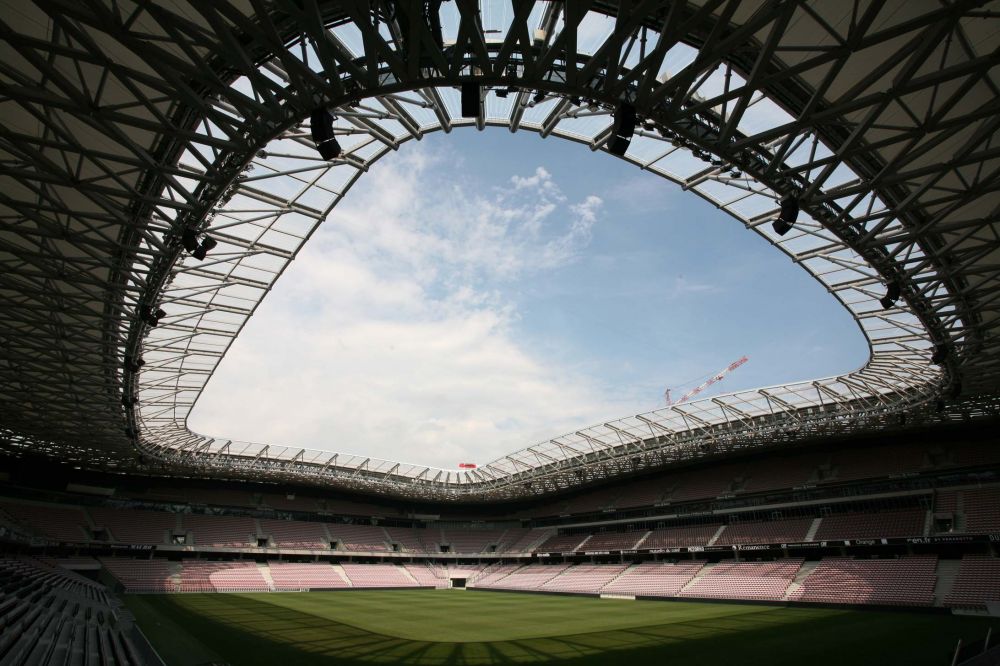 SON MOIX UNVEILS THE NEW ROOF OF ITS EAST STAND

On 15th October, RCD Mallorca officially inaugurated the new roof that will protect the East Stand of the Visit Mallorca Estadi. 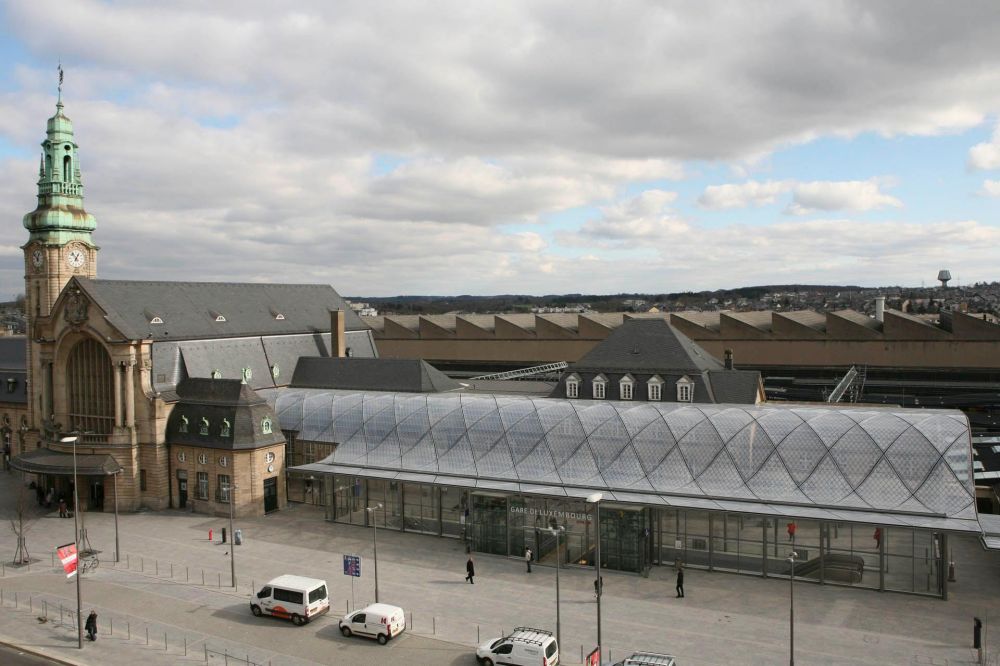 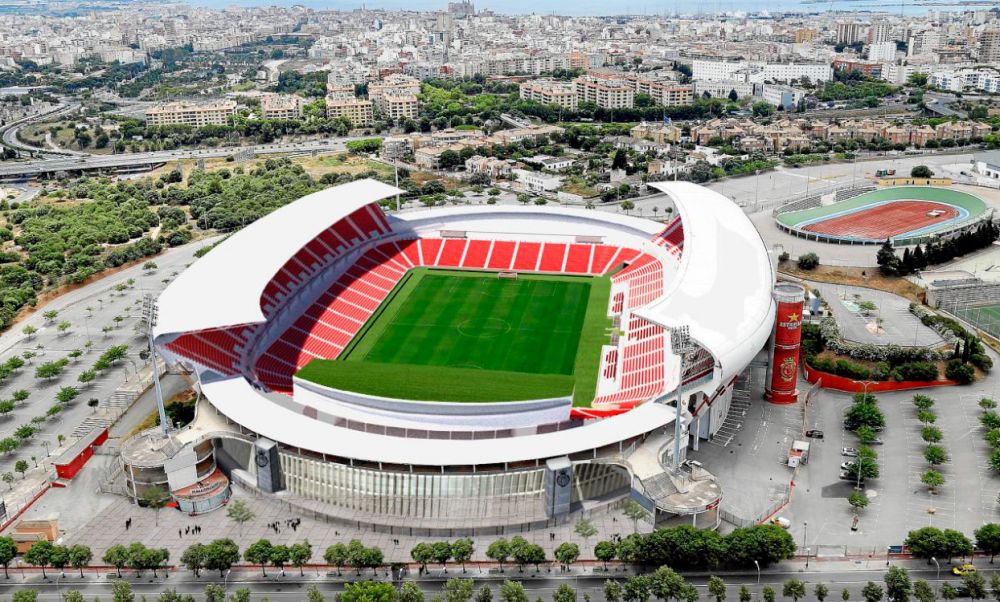 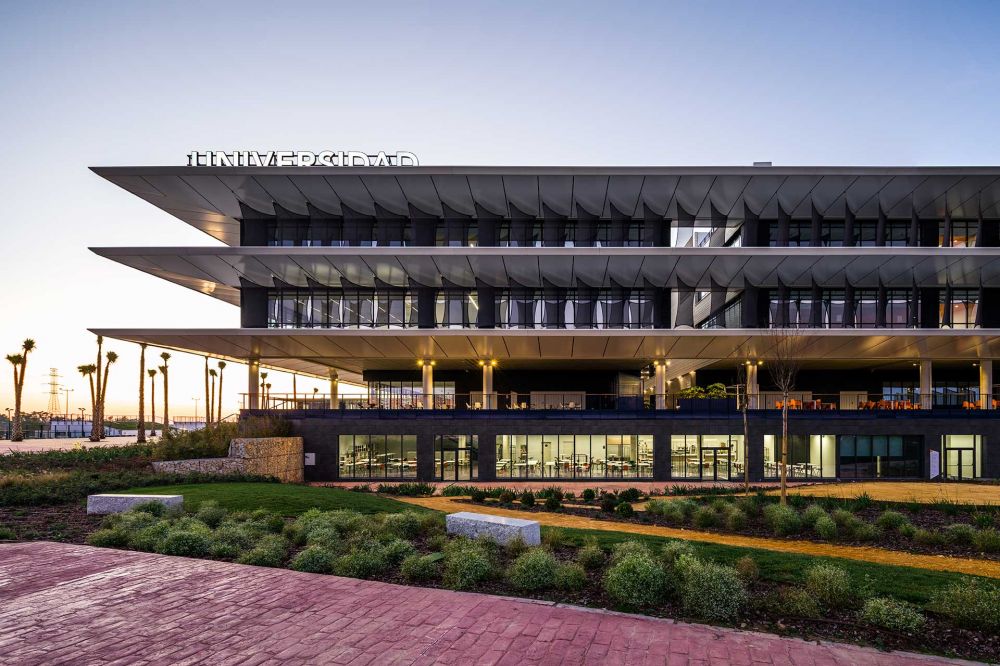 The campus of the Loyola University of Dos Hermanas, in Seville, is now LEED Platinum certified. Thanks to its major commitment to creating a sustainable complex, it has become the first entire campus in the world to receive this certification, granted by t...

LILLENIUM, MORE THAN A SHOPPING CENTRE 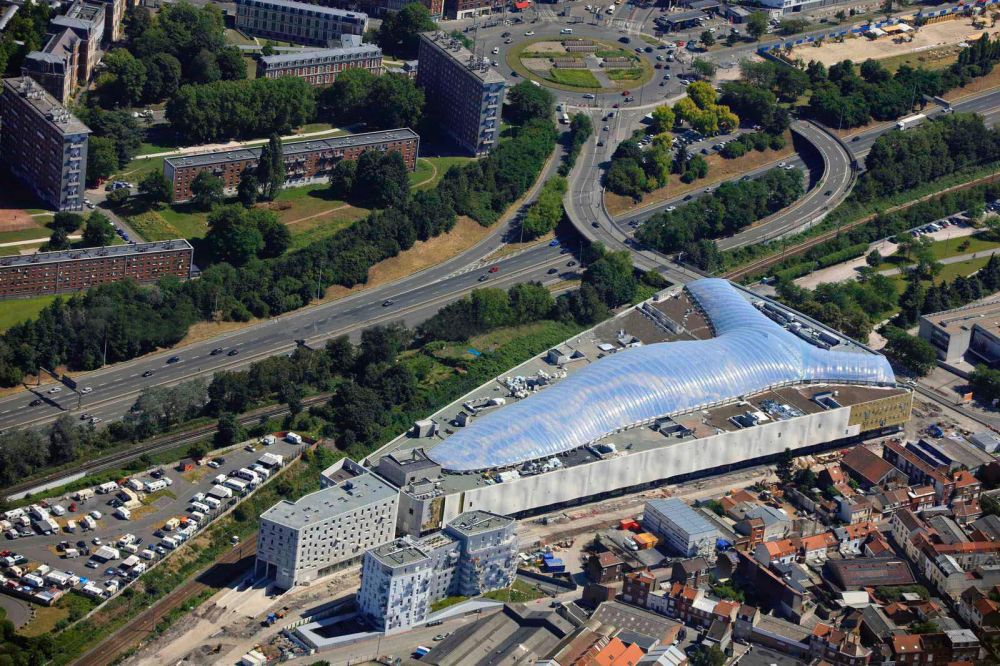 At IASO we specialise in covering establishments with our solutions. One of our most recurrent applications is the covering of Shopping Centres, such as the Imaginalia shopping centre in Albacete, with a structure under tension, and the Islazul shopping cen...

INNOVATION AND SUSTAINABILITY AT THE NEW LOYOLA UNIVERSITY CAMPUS 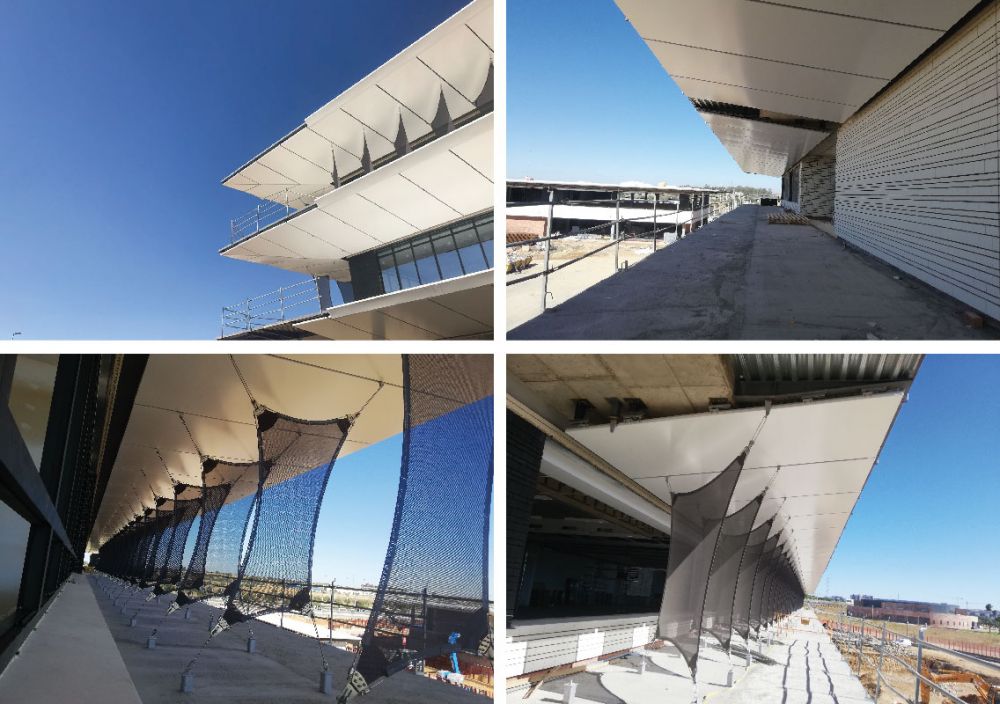 The new Loyola University Campus in Dos Hermanas, Seville, designed by architectural firm Luis Vidal Arquitectos, is based on the notion of community, the need for flexibility and a commitment to sustainability, with the goal of achieving the LEED Gold envi...

Prize for the best stand at the Fira de Mollerussa

Sant Josep de Mollerussa Fair, one of the most important agricultural fairs on the peninsula, taking place for the 147th time, has awarded the stand of the company Estructures Arqué as the best outdoor enclosure of the event. The IASO Textile Architecture department ...

A restyling of CEPSA service stations, making them more efficient and sustainable 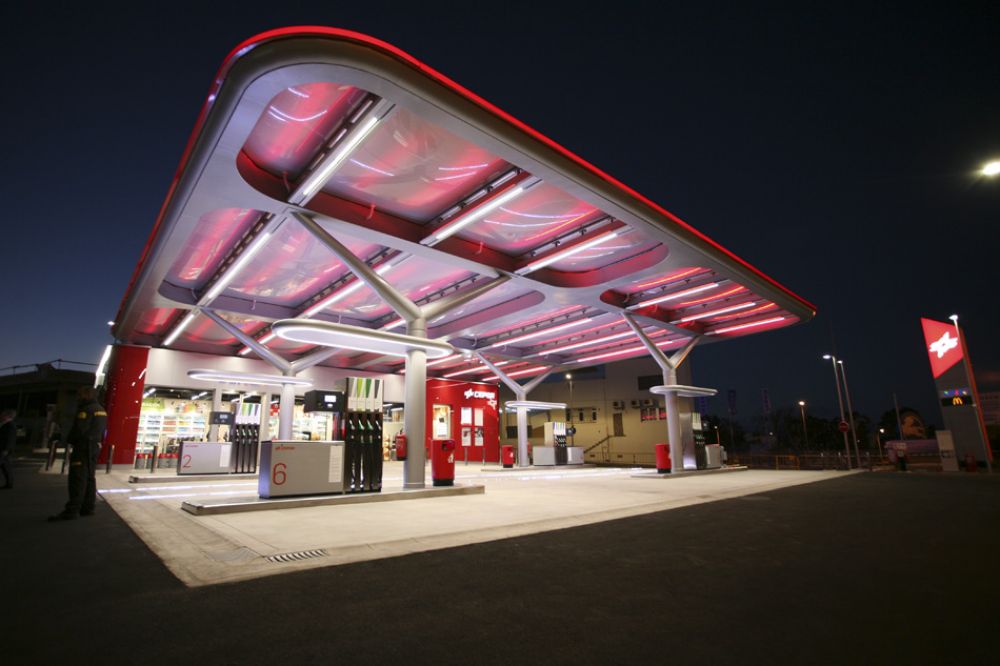 The oil company CEPSA is renewing its petrol stations with a new style that is more environmentally friendly. With an avant-garde design, it incorporates  the latest technologies in efficiency and sustainability.

The roof of this stadium has been led by IASO, a Spanish company based in Lleida, a pioneer in the application of ETFE.Read More

Within the world congress on climate change that has taken place in Marrakech, the COP 22, IASO has covered with a tensile structure the central boulevard.

Eleven days of meetings and analysis where Heads of Governments from the five continents will congregate, during ...

IASO has participated for the first time at the LEAF (Leading European Architecture Forum), which has taken place in London from 13th- 14th October.

IASO makes his debut at the Big 5 Show in Dubai, the most important exhibition in the building sector in Middle East. IASO will participate as an exhibitor in that show, in order to continue with his international expansion Project and to open a new busin...

THE SAN MAMÉS STADIUM NOW HAS A NEW LOOK AND FACADE

The stunning facade of the Athletic Club captures your attention due to its uniqueness, lighting and dimension. The new stadium has gained more capacity, which can now hold 53,000 spectators. With a facade that changes colour by means of an LED system, San Mamés joins the trend of architectu...

The MIAS ARCHITECTS project for the headquarters of the company iGuzzini in Spain, with a spherical geometry and a total transparency, allows a solar protection of the building for its South, East and West zones. IASO designed a solution made of a double curvature membrane, in one piece, constitu... 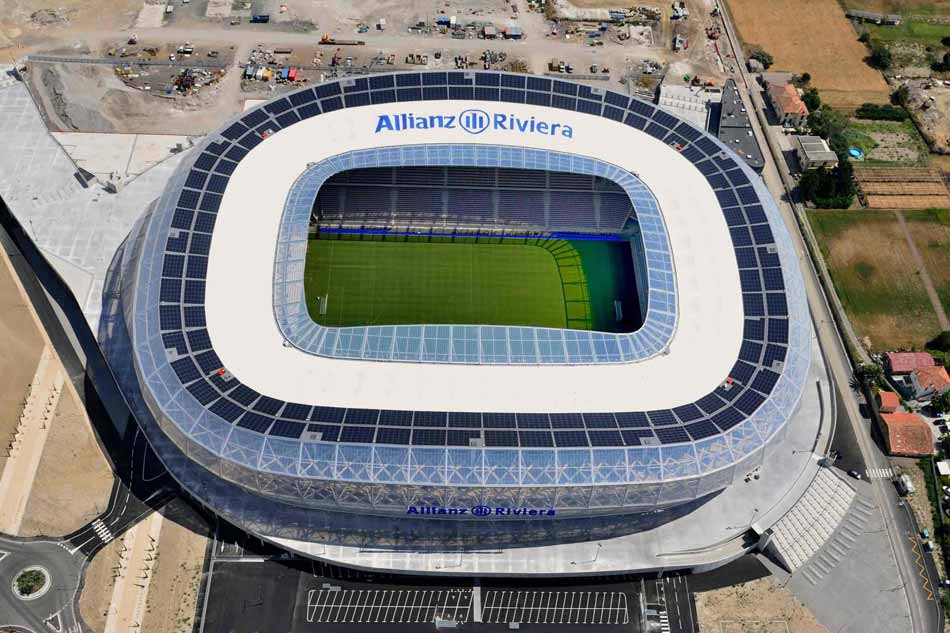 The prestigious Stadia magazine, published in England, ran an article in its March issue about the new Allianz Riviera stadium in Nice, France. It is a satisfaction for IASO's technical team to have participated in this project by building the façade and the inner ring of the stadium. With a system...

International Achievement Awards were handed out last September at the San Diego Convention Center during the IFAI Expo 2008, the biggest fair in the Americas for special fabrics.

Among the 417 nominees from 17 countries, the Fabric Shade Covering Expo Zaragoza 2008 by architects Féli...

We use our own cookies as well as cookies from third parties to improve the browsing experience and offer contents of interest. To accept